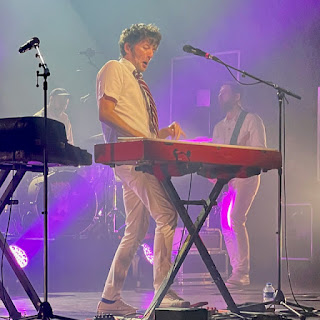 In 2004 I went over to Cimiez Gardens, City of Nice, to the Festival de Jazz. You can't do that now, it's not held there anymore. But that night I heard a band that for me redefined the word funk. I remember being knocked out by their energy, their stamina and their tidy clothes. That band was France's now legendary General Elektriks. 18 years and 5 albums later General Elektriks is still going strong. So when I heard that the Elektriks was promoting a new album called Party Like A Human and was planning to perform in Monaco, well, needless to say I jumped at the chance to write the blog post that you're about to read. I wanted to capture the sights and sounds of a November Sunday night. (1)
Read more »
at November 08, 2022 No comments:
Email ThisBlogThis!Share to TwitterShare to FacebookShare to Pinterest
Labels: Art & music & misc reviews, music

In 2018 Stuart Heritage wrote a review for the Guardian of Tristan Gooley's Wild Signs And Star Paths and I immediately added the book to my "to be read" list. This year I finally got round to it.

Gooley explains what he's going to do in his Introduction: "I will show you how to sense direction from stars and plants, forecast weather from woodland sounds, and predict the next action of an animal from its body language–instantly."
Read more »
at November 04, 2022 No comments:
Email ThisBlogThis!Share to TwitterShare to FacebookShare to Pinterest
Labels: Book reviews, non-fiction 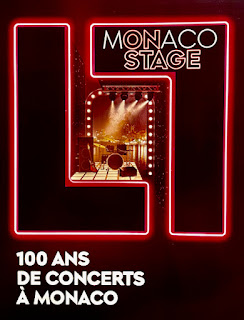 Did you ever dream of being in a pop group? I certainly did. I was young and starry-eyed and I played bass guitar in a band called The Young Mark Twains. The practice sessions and politics are best forgotten, but being on stage... Wow! That was amazing.

The experience of performing music to an audience is what's behind Monaco On Stage, which opened on 15 October in the Salle d'Exposition du Quai Antoine 1er. It's not strictly an exhibition, more an immersive experience, a bit like a side show to the fun fair. Let me give you a tour.
Read more »
at November 01, 2022 No comments:
Email ThisBlogThis!Share to TwitterShare to FacebookShare to Pinterest
Labels: Art & music & misc reviews 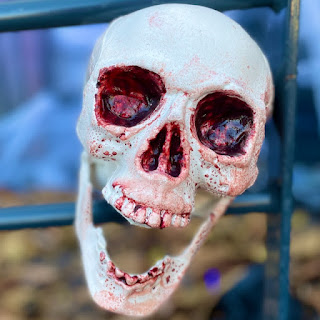 When I was a kid in the UK we didn't celebrate Halloween, but there was a time when I encountered the idea of vampires. I've no idea how, whether I saw something on the telly, or in a comic. Whatever or wherever, for a while I used to keep a bible under my pillow and pull the bedsheets tight under my chin so my neck was completely protected.

When I go to bed tonight
I'll pull the covers very tight
So vampires cannot bite my neck.

Read more »
at October 31, 2022 No comments:
Email ThisBlogThis!Share to TwitterShare to FacebookShare to Pinterest
Labels: My verse & poetry

I'm always on the lookout for fiction that's set on the French Riviera and came across a reference to Twenty-Four Hours in the Life of a Woman in a local newspaper. The article said it's a story about loose women and gambling, and best of all, some of the scenes take place in Monte Carlo Casino. What's not to like?
Read more »
at October 27, 2022 No comments:
Email ThisBlogThis!Share to TwitterShare to FacebookShare to Pinterest
Labels: Book reviews, fiction, Riviera

A joke of the first water

Sometimes you just want to read a page-turner, and you can't beat Agatha Christie for that. I've been working through John Curran's 2009 list of the best 10 Christie mysteries, and have reached number four: The ABC Murders.

One of the pleasures in reading Agatha Christie is that of getting reacquainted with old friends. In this case it's Hercule Poirot, the indomitable Belgian detective, installed "in one of the newest type of service flats in London" and exercising his "little grey cells" in investigating "only the cream of crime."
Read more »
at October 26, 2022 No comments:
Email ThisBlogThis!Share to TwitterShare to FacebookShare to Pinterest
Labels: Book reviews, fiction

Address to a Crisp Sandwich on its feast day 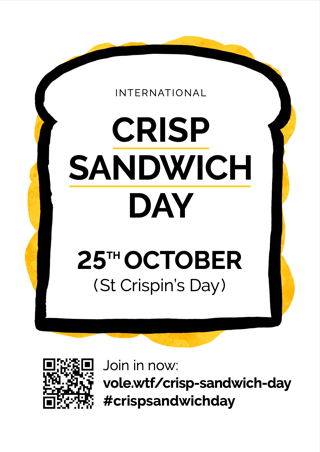 Today we celebrate crisp sandwiches. The humble snack now has its own annual feast day on 25th October, which is also, of course, St Crispin's Day.

If you're new to this delicious treat I recommend you read The Guardian's How to eat: a crisp sandwich. It's very important to use the right type of bread (mass-produced white sliced toastie loaf) and spread (salted butter), as well as the correct style and flavour of crisp.

A few friends are coming round this evening for a traditional Crisp Sandwich Supper and we'll all be wearing our Apparel of Laughs crisp sandwich t-shirts. The butties will be solemnly piped in, piled on a silver platter. We invited the face of Walkers Crisps, Gary Lineker, to recite the Address to a Crisp Sandwich, but sadly he wasn't available.

Address to a Crisp Sandwich

Praise be to you, my childhood treat,
The best of butties, hard to beat.
Today's your day, today we meet
To celebrate.